THE LAST OF THE FIREDRAKES: Book Review 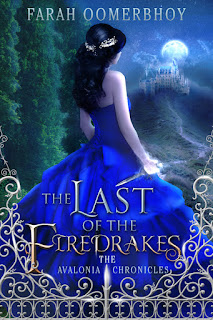 16-year-old Aurora Darlington is an orphan. Mistreated by her adopted family and bullied at school, she dreams of running away and being free. But when she is kidnapped and dragged through a portal into a magical world, suddenly her old life doesn’t seem so bad.

Avalonia is a dangerous land ruled by powerful mages and a cruel, selfish queen who will do anything to control all seven kingdoms—including killing anyone who stands in her way. Thrust headlong into this new, magical world, Aurora’s arrival sets plans in motion that threaten to destroy all she holds dear.

With the help of a young fae, a magical pegasus, and a handsome mage, Aurora journeys across Avalonia to learn the truth about her past and unleash the power within herself. Kingdoms collide as a complicated web of political intrigue and ancient magic lead Aurora to unravel a shocking secret that will change her life forever.


‘The last of the Firedrakes’ is the first installation of ‘Avalonia Chronicles’ series. This story hooked me from the first chapter. The author has come up with a great storyline alone with strong characters. The author has a way with the words; she took me to a world full of fantasies and weird creatures. I want to applaud for the author’s imaginative power and she created that imaginary world with her words. The plot of the story was simple yet compelling.

In the beginning of the story I found Aurora as a weak character but my impression changed with the progression of the story. I admired her as well as liked her for her ability of handling a situation. Apart from Aurora I have fallen for Rafe; he is a mysterious mage who has importance in Aurora’s life. I also liked Snow, kalen and Erin.

I’m highly impressed with the author’s crisp writing style. She hasn’t exaggerated any scene; all the scenes were written appropriately. The only problem was if I were a little younger, I would’ve enjoyed the book much more.

I loved reading this book and rooting more for Rafe and Aurora. I’m eagerly waiting for the next books on this series. This book is highly recommended to all fantasy readers. I will give this 4 out of 5 stars for the book itself; fantasy, adventure and romance all wrapped into a single unit. 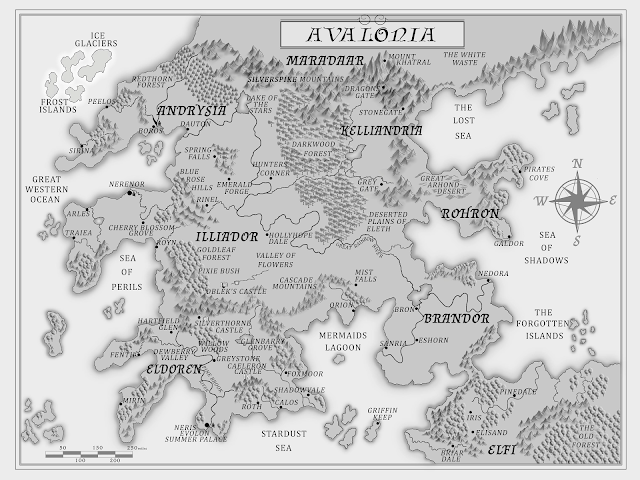 For a second that felt like a lifetime, everything stopped; I felt like I was floating in nothingness. Then I blinked, and, when I finally opened my eyes and focused again through the tears, I couldn’t believe what I was seeing.
I found myself standing at the mouth of a small cave situated on a hill and overlooking a quiet, moonlit valley. On my left, a dark forest stretched out as far as the eye could see, treetops glistening silver in the light of the full moon. The hills around us undulated into wildflower-filled meadows that lay sleeping in the dewy night.
Far down in the valley, I could see a little village, its lights twinkling in the distance. To my right, a waterfall splashed playfully into a small river that ran down into a lake, next to which the little village was built. The moon here was fuller and larger than I had ever seen it, and the night sky was awash with a fantastic array of glittering stars.
Had I passed through the tapestry? Where was I?
I looked around, disbelief clouding my judgment. I was still trying to get my bearings after that strange moment when I had been inside the tapestry and nowhere at the same time. It gave me a funny feeling, as though I had been lifted out of my own consciousness and then put back into my body.
A warm breeze brushed past my face and played with my hair. Gone were the cloudy grey mist and the cold, nipping wind of the English countryside. I drew in a sharp breath—the air was crisp and clear, sweet smelling, and fresh. The moonlit valley was filled with fruit trees, wildflowers, and rolling meadows.
“How did we come here? Where are we?” I asked, still confused.
“You really are ignorant,” said Oblek, glancing at me. “I take it your uncle didn’t tell you anything?”
I shook my head and looked down. Oblek had tied my hands with a rope he had with him while I was still dazed and looking around. It was humiliating, and the rough ropes cut into my wrists, rubbing them raw every time he pulled me forward.
I had to find some way out of this. And, at the moment, the only thing I could do was discover more about where I was. Then, when I got an opportunity, I could escape and find my way back up to the cave on the hill, where we had arrived out of the tapestry.
But then what?
Christopher was probably dead, and Aunt Arianna would doubtless blame me for everything since I had disappeared at the same time. I had no idea what to do. I didn’t really want to go back, and, now that my adoptive parents were dead, I had nothing to return to.
I was starting to panic. I had nowhere to go, and my mind was imagining an array of horrible outcomes of my kidnapping. My palms had become sweaty, and my racing heart was thundering in my chest as I half-walked and half-ran, desperately trying to keep up with Oblek’s giant strides.
“Why are you doing this?” I pleaded with my kidnapper.
But Lord Oblek said nothing. He didn’t even look at me. He just kept walking ahead and dragging me along behind him, with no more explanations as to what he was planning to do with me.
I was terrified, and I had no idea if I was going to survive this. But I tried to be brave. Maybe I could talk my way out of this?
“You do know that this is called kidnapping?” I said, trying to reason with Oblek.
He didn’t bother to answer.
“What will happen to me now?” I squeaked, my voice breaking, as I tried not to cry.
“Queen Morgana will decide what is to be done with you,” said Oblek, finally.
Queen Morgana! The woman from my dream? It was not possible that this, too, was a coincidence. It must be the same Morgana, the one who had tried to kill my real mother.
Who the hell was she?
Suddenly all of this seemed extremely scary. I hoped that I was still dreaming and that there was no way I had actually traveled through a magical tapestry into some strange land. It all seemed very exciting in books. But actually being kidnapped and then hauled around like an animal, traveling deep into a land I knew nothing about, was not my idea of fun.
I had to get away from this horrible man, and fast. 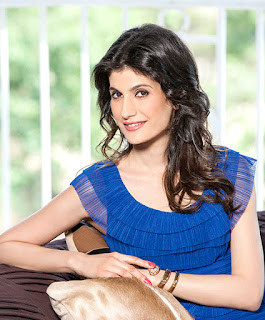 For Farah Oomerbhoy, writing is a passion and reading her solace. She is a firm believer in the fantastic and magical, and often dreams of living in Narnia, Neverland, or the Enchanted Forest.
When she was pregnant with her first child ten years ago, a story popped into her head she could not ignore. “I was at my grandmother’s house, and as I looked at the image of a beautiful forest with a castle in the distance on a tapestry hanging on the wall, I imagined myself being whisked away into another world,” she said. It was at that moment the world of Avalonia, with its powerful mages and fae and the evil Queen Morgana, was born. Farah Oomerbhoy’s debut novel, The Last of the Firedrakes, was released in the summer of 2015.

Farah lives with her husband and three children in their family home in Mumbai, India. She has a Master’s degree in English Literature from the University of Mumbai. Her first novel is The Last of the Firedrakes, Book 1 of the Avalonia Chronicles. 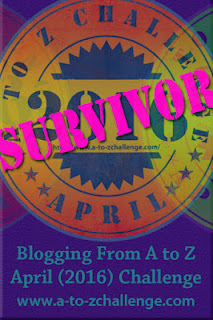